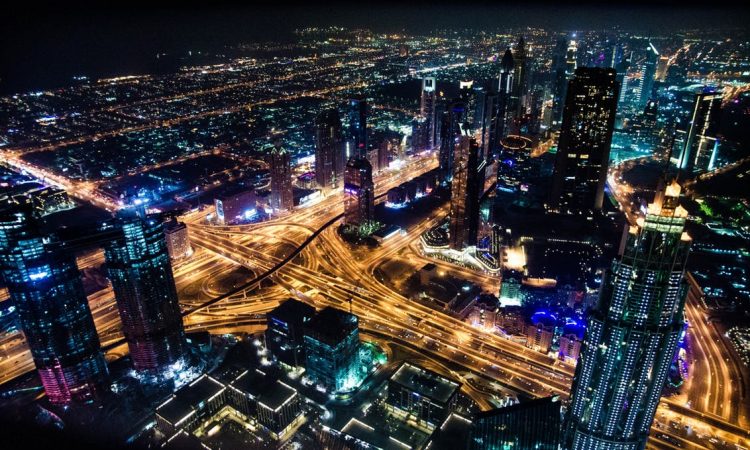 When one looks at the emerging economic vision which is materialising over in the U.A.E., you cannot help but get inspired. It’s an unfolding story of a super long-term economic vision in which generational wealth seems to be the aim, or at least a legacy that transcends the generations.

A mere three decades ago all you would’ve really seen if you visited the United Arab Emirates would be endless desert, but today this key location of the Middle East is unrecognisable to what it was a few short years ago. Yes the boom in the U.A.E’s economy is driven by the discovery of lots and lots of oil, as is expected of a such an ancient desert land, but there are many other countries which are rich in oil reserves and yet their development lags far behind.

That oil money is being put to good use, largely driven by the visionary leaders who are undeniably themselves driven by a desire to put their country on the map.

As a result, we’re bearing witness to some outrageous and ambitious development projects in infrastructure and many industries, particularly the hospitality sector.

I’ve flown Etihad Airways, albeit their economy class, but I can honestly say that it’s better than many other airlines I’ve flown. Etihad isn’t even the most expensive of the U.A.E’s airlines, although it is indeed their national airline.

But yeah, word has it that these airlines aren’t yet at a stage where they’re turning over a massive profit if they’re turning over any profit at all. The establishment of what is set to be the busiest air travel hub if it hasn’t already reached that status already is more of a long-term play. This forms part of the super long-term national vision of what is arguably the richest country in the world and they have ample leeway and resources to eventually get it right.

What is somewhat of the economic revolution that’s currently going on is rather smartly funded by all the oil money they have access to, something which affords them the luxury of experimenting in cash-negative environments that have no bearing on their future profitability. I mean what’s a billion dollars to the state coffers of the U.A.E? Nothing at all.

Everything that seems to be coming together by design suggests that the Emiratis are giving themselves a huge head start and advantage right now which they plan to capitalise on in the future in a huge way. There’s word of pretty much all the world’s top attractions and landmarks having their doubles constructed in the UAE, all to scale, such as the Eiffel Tower to name but just one of many, many more!

Bring that together with the fact that their airlines are servicing those areas other airlines see as cash-losing routes and you’ll realise that the tourism sector is certainly the main target of the UAE’s development targets. For one, you can get pre-clearance for entry into the United States in Abu Dhabi if you’re a non-US citizen travelling to the US, of course and if you want to fly to exotic locations such as the Seychelles, you can only do so via one of the UAE airlines as one of the very limited options.

Wondering if and when the postal service will cease to exist, and all communication will be sent electronically?

Where others see problems, why not be the one to see opportunity? Changing your business mindset could yield fascinating results.